Virtual Events Platform Hopin — from Startup to $2.1bn+ Valuation in Less than a Year

Here at Start My Business — a turnkey solutions provider that helps launch startups and make them successful — we are both proud and honoured that we have been a part of Hopin’s exciting journey from the outset. We helped form their company for them, did their bookkeeping and even helped them sift through 300 company names before they finally settled on the name Hopin (which we are confident will soon become a household name).

We also helped them put together their business plan and introduced them to some of the investors who put in the initial seed-round funding of £5 million.

Hopin — a virtual events platform like no other which recently hit double-unicorn — has been described as the fastest-growing company in Europe. It recently raised the largest Series B Round capital in Europe for a company less than eight years old — $125 million. It had raised $40 million in its series A round just a few months before that.

Using our Business Name Ideas Service, we provided Mr Boufarhat’s team with over 300 potential names for his upcoming business. These names were put together by our team of specialists, screened against existing company names and trademarks as well as screened for linguistic errors.

They settled on the name Hopin — memorable, succinct, perfect.

Now that the company had a name, we took care of everything necessary to properly form the Hopin company using our Company Formation Service. The procedure ran smoothly and quickly, and the company was ready to operate within 24 hours.

Crucial to this service, for the Hopin team, was that accurate shareholding be established so as to future-proof investors into the business.

Our team of logo design experts advised Hopin on the best possible logo to communicate its ethos.

Mr Boufarhat and his team settled on a design that is “bolder, more structured and connecting”.

As a fast-growing tech startup, Hopin needed to know precisely how much it was spending on developers each month. Mr Boufarhat also asked us to look into the possibility of any tax advantages and incentives for the field their company is in.

We advised the Hopin team fully on which R&D credits they could claim.

Finally, we took the load of monthly bookkeeping off Hopin’s shoulders and were commissioned to provide them with a bespoke monthly accounting report as well as monthly management accounts that are tailored to them.

It’s easy to forget that such a juggernaut as Hopin was once just a small startup.

Hopin needed office space which was small and yet able to scale quickly. Using our Office Space Service, we tapped our network so that Hopin could find an office in London that has since scaled and grown to the gorgeous premises it is today! 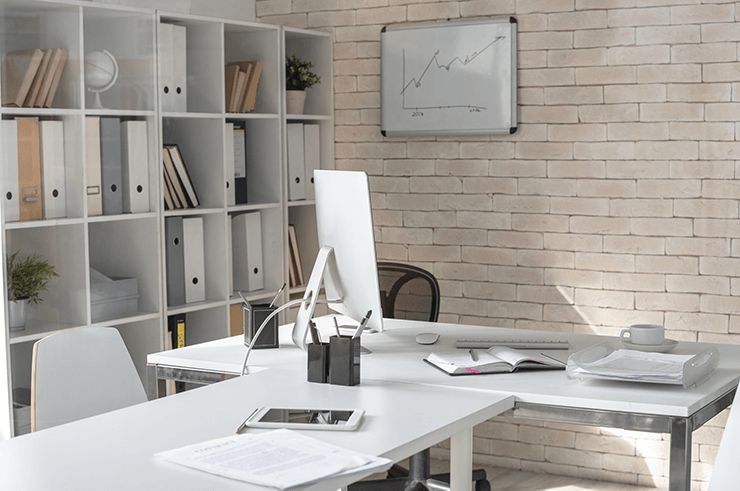 Investment for the initial seed round was imperative to get this startup off the ground.

Start My Business prepared a sound business plan in order to help them secure this investment. In order to do this, our business plan specialists had to thoroughly understand Hopin’s USP as well as the tech stack behind it. We analysed their competitors and saw that none of the major names in video conferencing even came close to what Hopin was offering.

It was our job to convey this accurately and convincingly in a business plan — which we did successfully.

Additionally, we provided a twelve-month projection as well as a three-and-five-year plan for investors.

Hopin raised £5 million in funding in int initial seed round.

As a part of our Business Funding Service, we studied Hopin’s precise needs and requirements and thereby were able to make the appropriate introductions to Venture Capitalist Companies that might be interested in their firm.

We are both honoured and privileged to have assisted this exciting startup to where it is at now.

We are in discussions with them to offer them our business mentoring service.

As an aggressive tech startup wanting to grow quickly, but properly, our team will allocate a business mentor to them who has extensive experience in running a tech startup of this nature. The mentor will assist them in developing the correct marketing strategy, internal controls and proper processes.

It was an honour and privilege to work with Mr Boufarhat and his team at Hopin, and we are all ecstatic, here at Start My Business, at their recent successes.

Hopin In the News